On the fifth day of the expedition, the target was a supraglacial moraine located near Walnumfjellet, which is the most micrometeorite rich site we have found so far. Previous moraine sampling has proved to be reasonably successful, so aiming for this moraine in particular made sense. Much to the surprise of the team members, what we found upon arrival to the site was a line of sparse rocks partially enclosed in ice, with no fine-grained material to be found. Steven and Raphael decided to take this opportunity to sample ice along the blue ice field the moraine was running along, while Matthias decided to explore the moraine further to find a micrometeorite sampling site. After walking along most of the moraine, only one suitable sampling site was found, which consisted of a centimeter-thick layer of icy fine-grained material. Upon returning to Princess Elisabeth Station, we stopped on the ridge of the Svindlandfjellet to sample more fine-grained material. Upon examination of the moraine in the laboratory, it turns out that this unique sample in surprisingly rich in micrometeorites! The sixth day of the expedition was a very demanding one, as it involved sampling ice along a steep glacier close to Wideroefjellet. But it was worth the effort, as these 22 samples will allow a better characterization of the ice dynamics in the area. 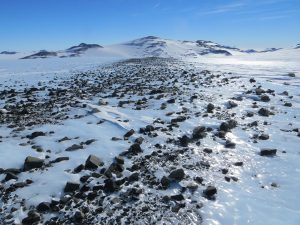 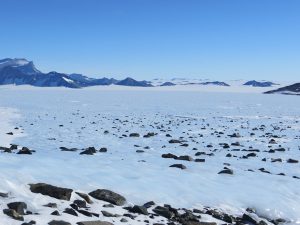 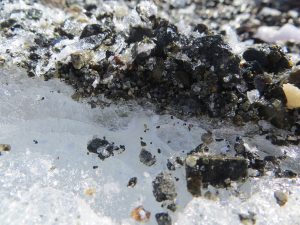 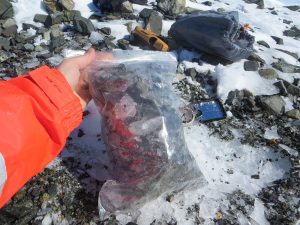 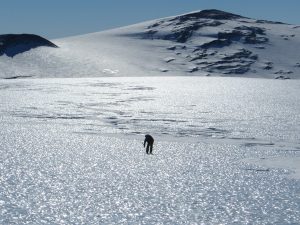 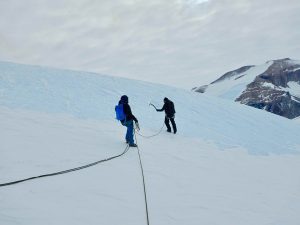